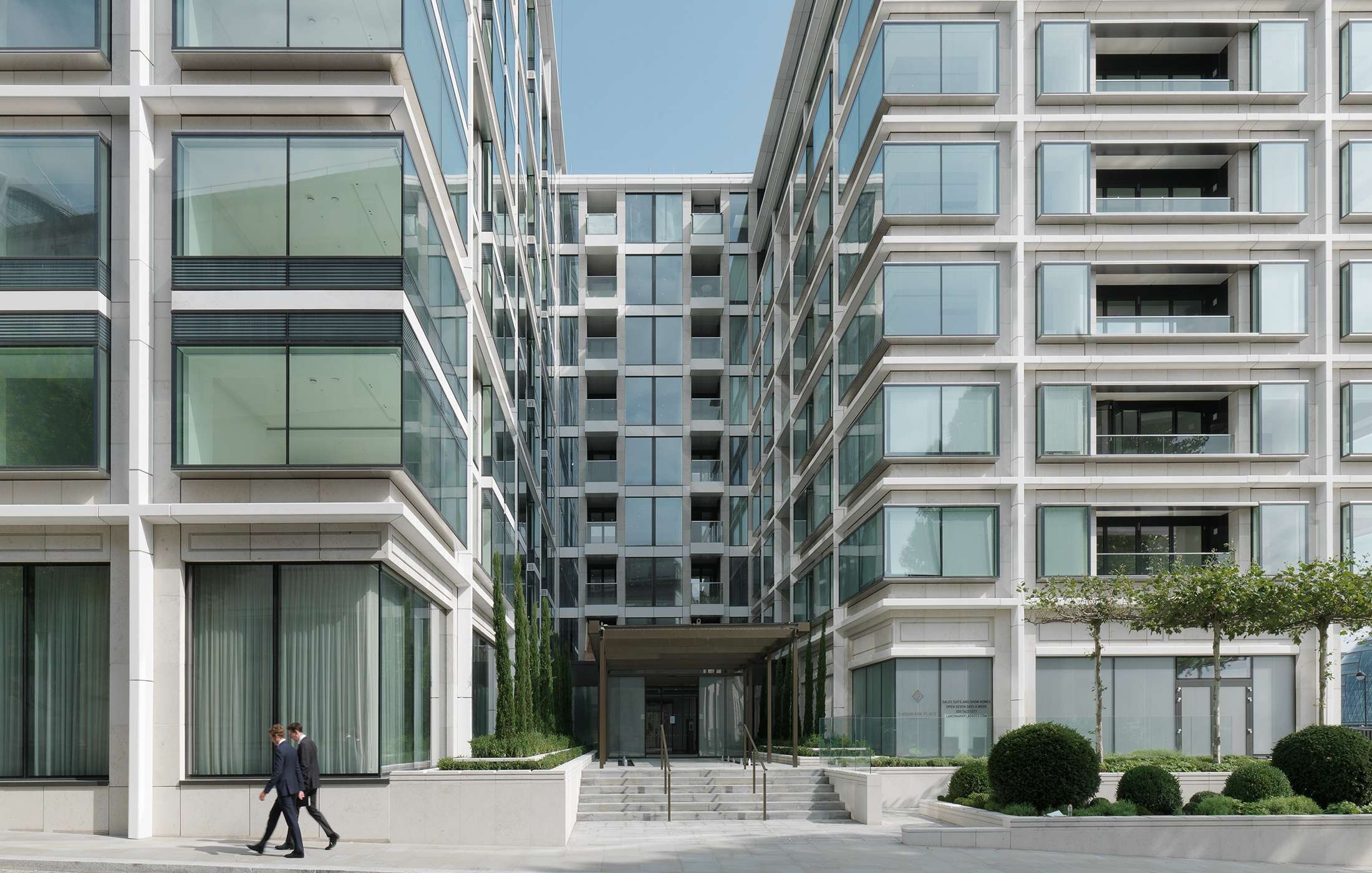 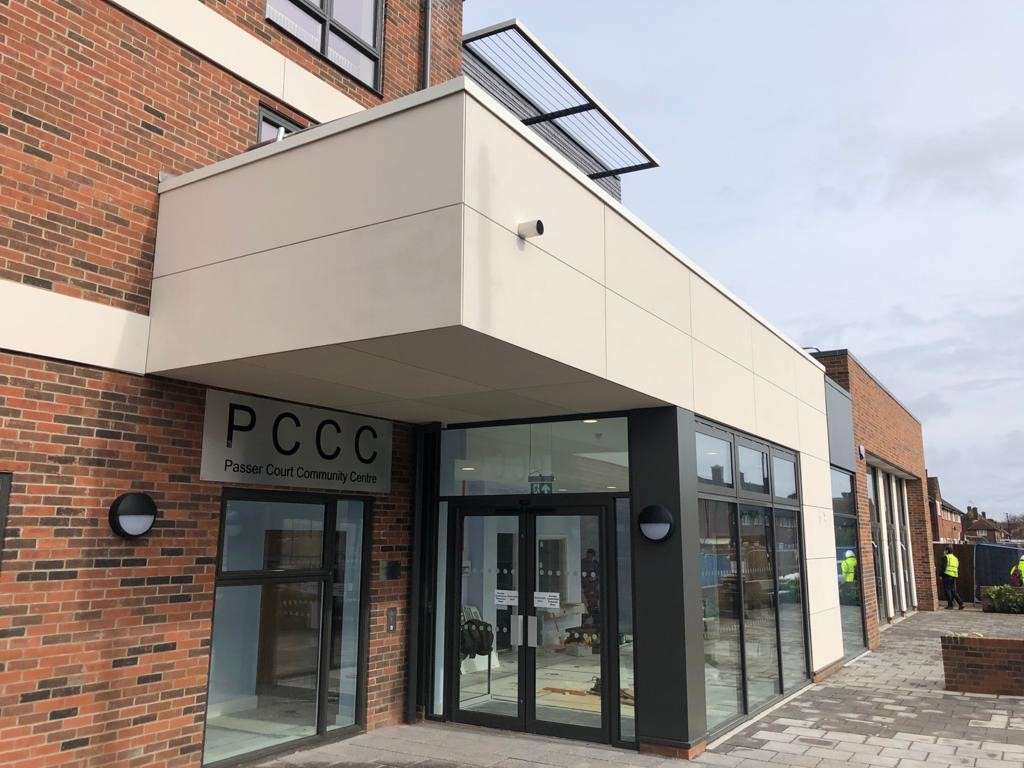 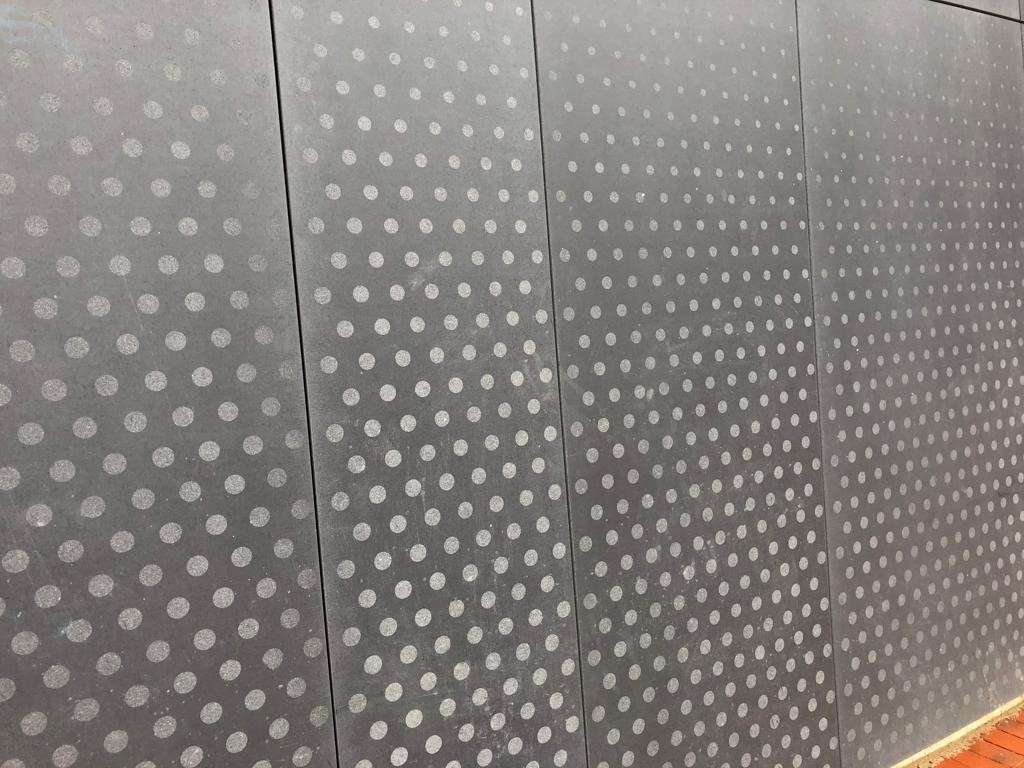 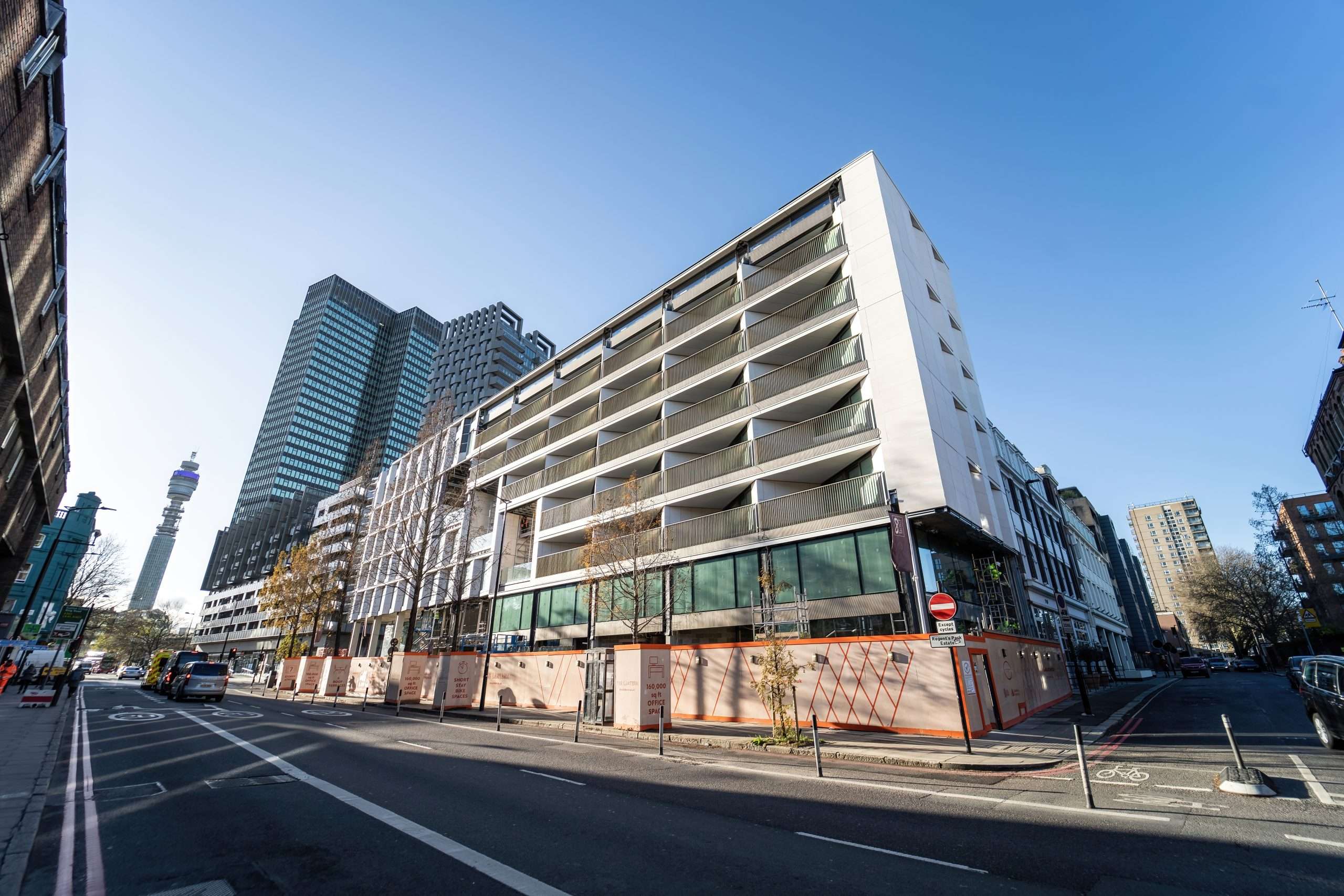 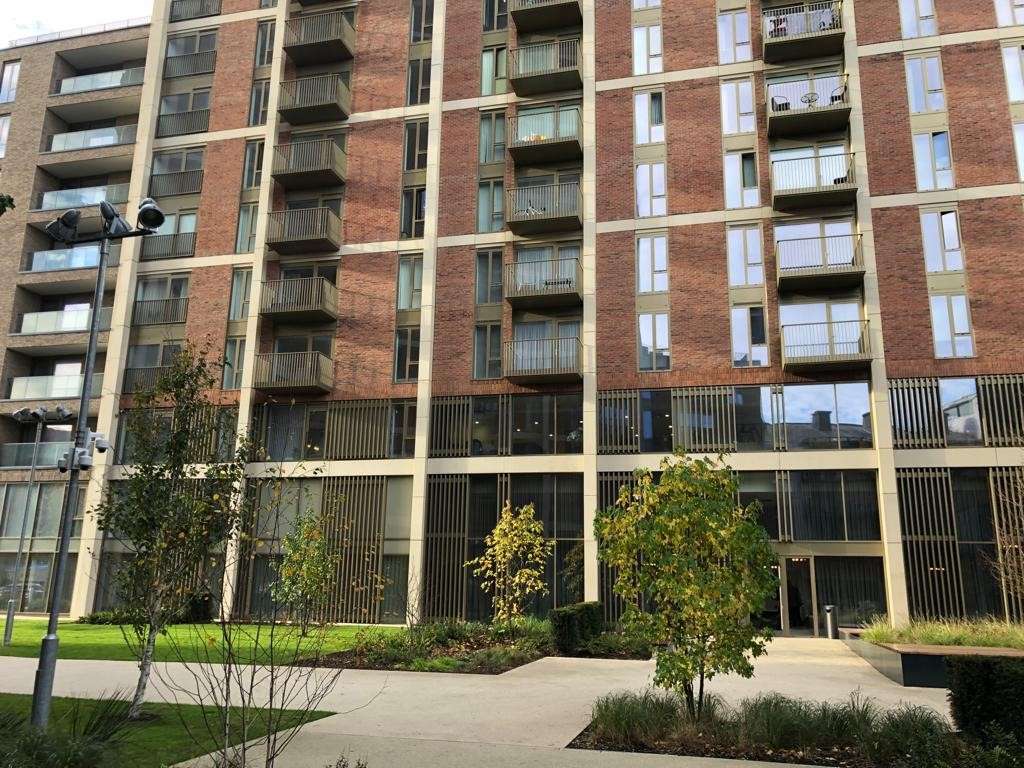 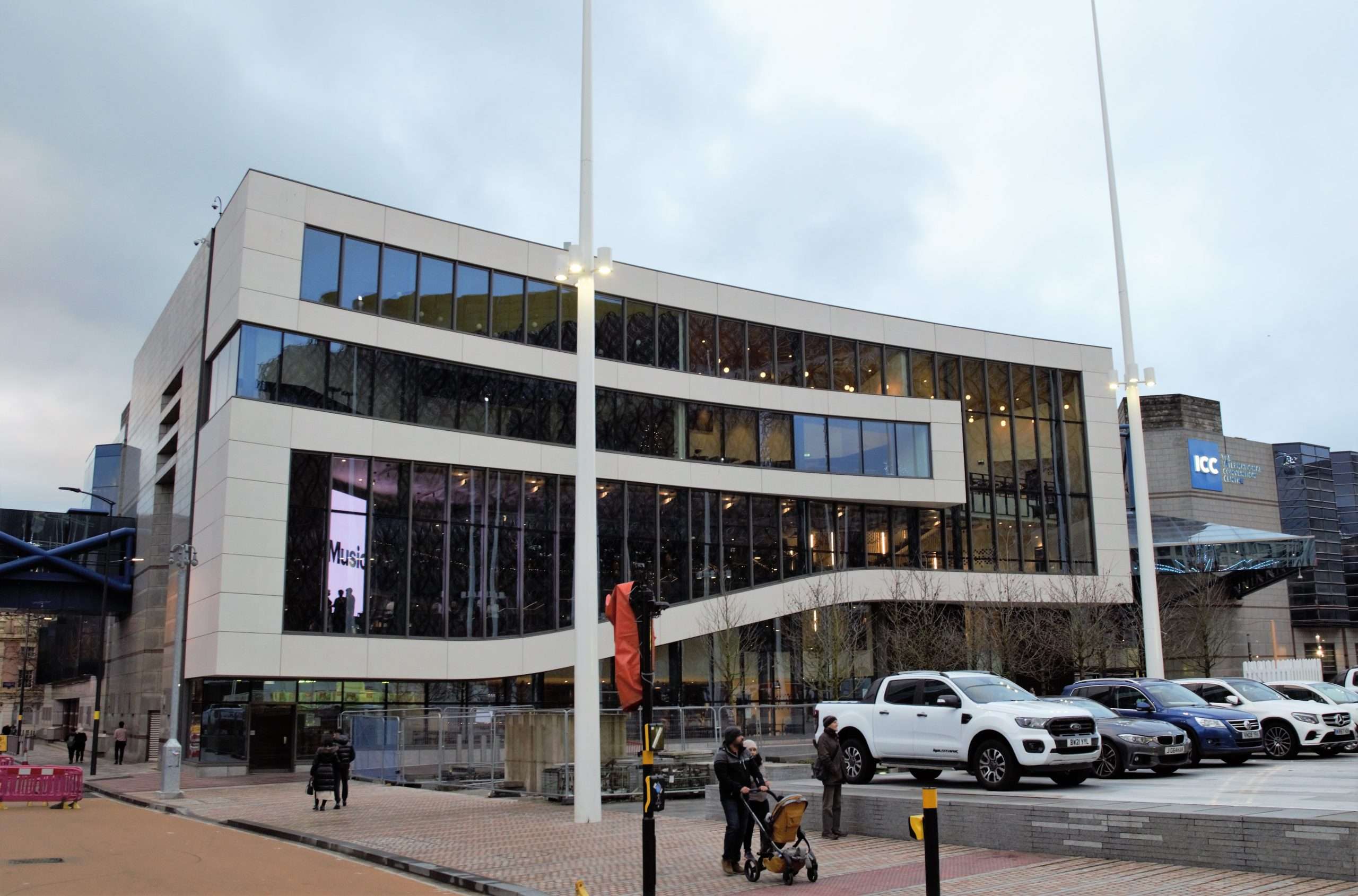 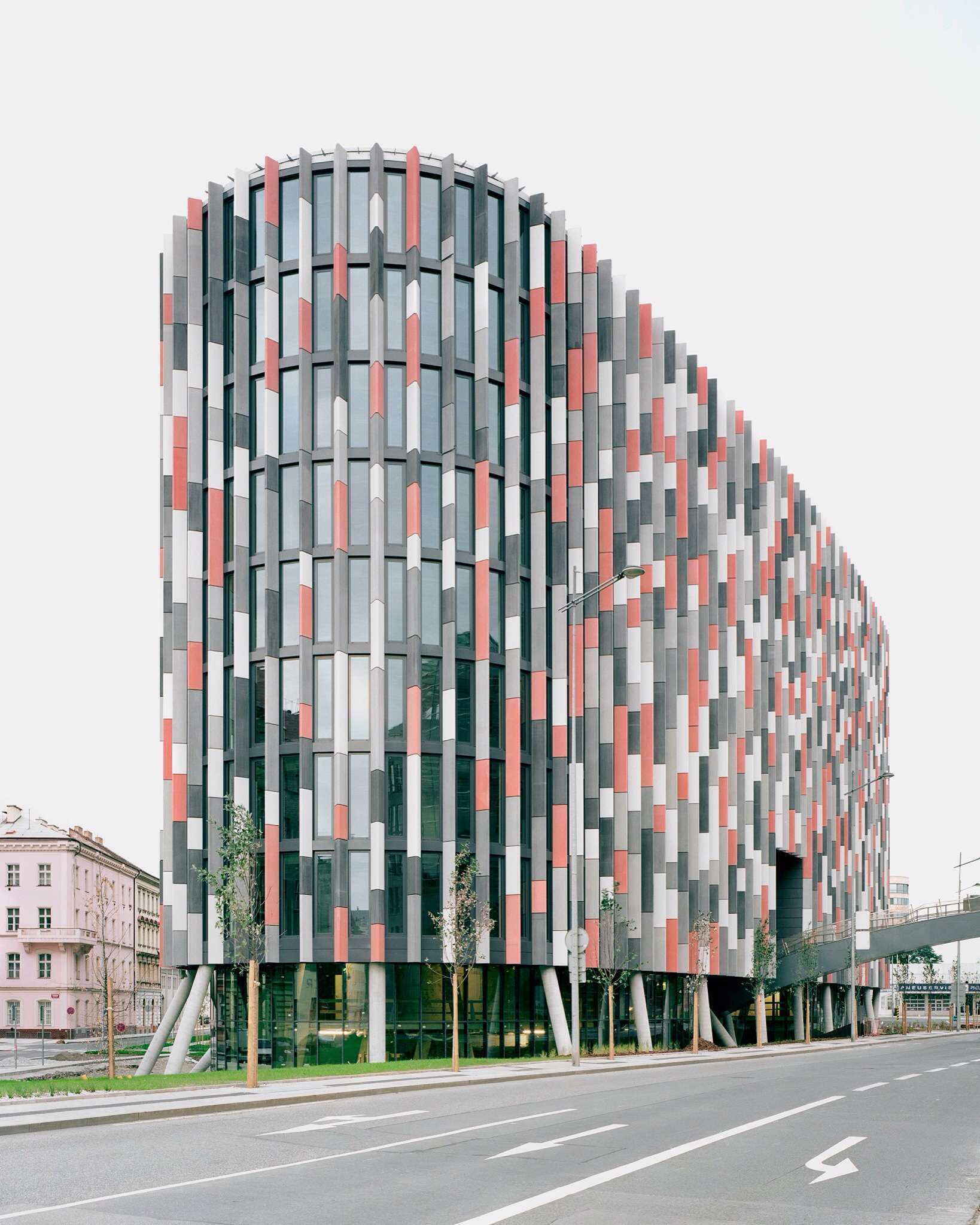 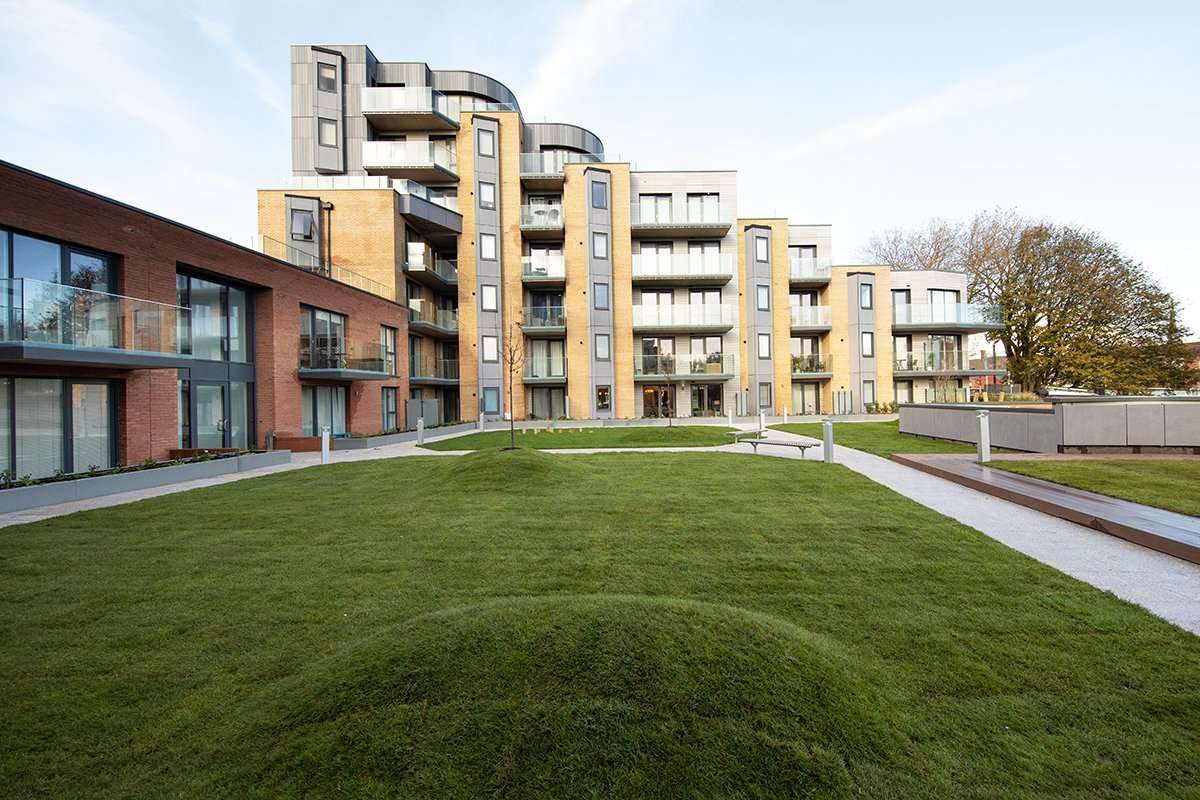 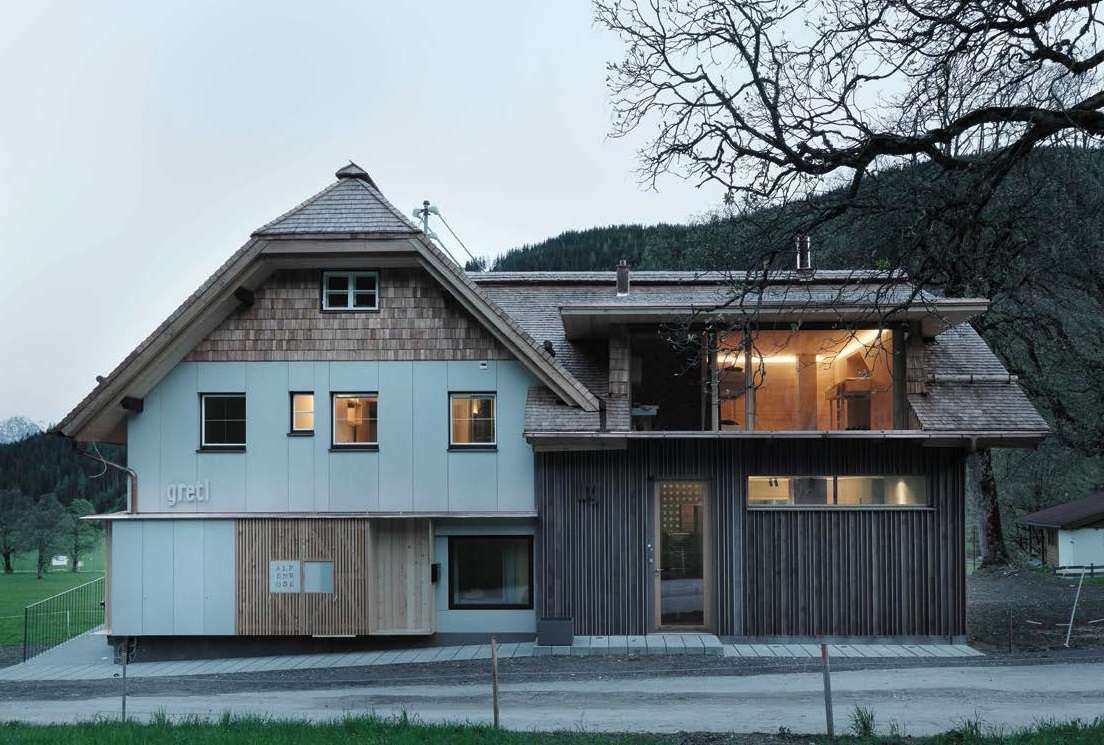 GRC comes of age in the housing market

Pioneered by architects in the commercial property sector, glass reinforced concrete (GRC) is finally showing off its creative credentials within the European housing market. Our director James Butler, looks at the material’s rise to prominence among top-end house builders.

The UK’s first major use of GRC was probably an office block near to St Paul’s in the city of London. Originally the UK headquarters of Crédit Lyonnais,
the eye catching, four story office block was designed by architects Whinney Son & Austen Hall. The building was refurbished in 2013, when it was granted
grade II listed status, due to its ‘value and contribution to the built environment’.

Around a decade before this redevelopment, the building (which was then over 25 years old) underwent various safety tests, with special attention paid
to the GRC material and its integrity. Building engineers concluded that the external concrete cladding was in such good condition that its lifespan was effectively
indefinite. GRC had arrived – and architects soon started considering it as an ideal replacement for the much heavier pre-cast concrete.

Since then, the lightweight material has taken the commercial construction sector by storm, with many iconic buildings in the UK using GRC instead of traditional pre-cast, brickwork, rendering or stonework.  Exact figures are hard to come by, but most market studies* suggest that GRC has been on an upward trajectory in the UK – growing year on year by more than 10% in recent years.

Clearly, architects and builders alike enjoy working with GRC thanks to its ease of handling (due to its lightweight properties), its good environmental credentials
(less material used) and the impressive creative possibilities it brings to projects. But what exactly is this material?

Referred to as either GRC or glass-fibre reinforced concrete (GFRC), the material comprises high-strength, alkali-resistant glass fibres which are embedded into
a concrete matrix. These fibres act as the main load-carrying component, while the surrounding matrix keeps them in position, and transfers load between the
fibres. Both fibres and matrix are good at retaining their physical and chemical identities, combining these properties to create a high-performance composite.

This differs from traditional pre-cast concrete, which uses steel as the main load carrying element. While this works well in the medium term, we all
know that steel has a tendency to corrode, leading to potential structural issues within a couple of decades.

GRC is usually manufactured in thin sections, by machine-spraying an enriched grade of cement and aggregate mix with glass fibres dispersed throughout. These fibres serve a similar purpose to steel rebar in reinforced concrete. The big difference being that fibres do not rust.

A relatively recent innovation is the use of glass fibre mesh to reinforce the concrete. This method achieves the same structural strength as the traditional, sprinkled glass fibre system, but enables the GRC to be much thinner – and lighter. While the older method requires the sprayed GRC to be between 40mm to 100mm thick, the mesh alternative uses a much thinner, lighter layer of GRC of only 13mm. What’s more, this thinner GRC system still reaches the highest testing level for impact resistance.

GRC panels are typically used to create a lightweight cladding system and can be made to look almost identical to natural stone or even wood. Installation is easier and more cost-effective due to the lower weight of the panels, which is 75-80% lighter than pre-cast steel reinforced concrete cladding.

Given the growing importance of sustainability within housing, this point is becoming more important.  Recent tests show that GRC is now being seen as an energy efficient building material which is capable of achieving a BREEAM A+ material rating.

Increasingly, we are seeing architects and designers taking the experience they have gained from large commercial developments – such as public buildings,
office blocks and universities – and applying this creativity to private housing.

GRC panels can be created to replicate complex profiles, giving the appearance of much heavier and expensive stonework. These panels generally take a ribbed
or sandwich form and provide exceptional durability, fire resistance, weather resistance, and sound insulation properties.

Indeed, given the repercussions of the Grenfell Tower fire, architects and developers are now taking a ‘belt and braces’ approach to safety, increasingly relying on GRC to contribute to a non-flammable A1 fire rating for the building.

In the UK, we work closely with Rieder, the award-winning Austrian manufacturer of GRC. Certainly, in the UK we have plenty of excellent examples of this
material being used to provide stunning facades on stand-out commercial developments. Recent projects include Heath Lodge homes in Ealing, London and modern apartments in the village of Crowthorne, Berkshire.

Other projects recently completed on mainland Europe demonstrate the huge, as yet, untapped potential for this material within the house building sector
here in the UK.

Below are a few examples of private developments that really show what can be achieved with GRC.

With well-established examples such as the Credit Lyonnais building in St Pauls, GRC has proven its credentials as a hardwearing building façade. More
recently, innovations in its design have seen it become far more lightweight – reducing the amount of material used in the manufacturing process and facilitating far easier panel placement during the construction phase.

With an almost endless range of natural colours and textures, GRC enables architects and designers to fully explore their creativity. Certainly, the trend
towards sustainable, natural buildings is a huge influence within modern housing – and the new generation of lightweight GRC is definitely a key building
block of this movement. 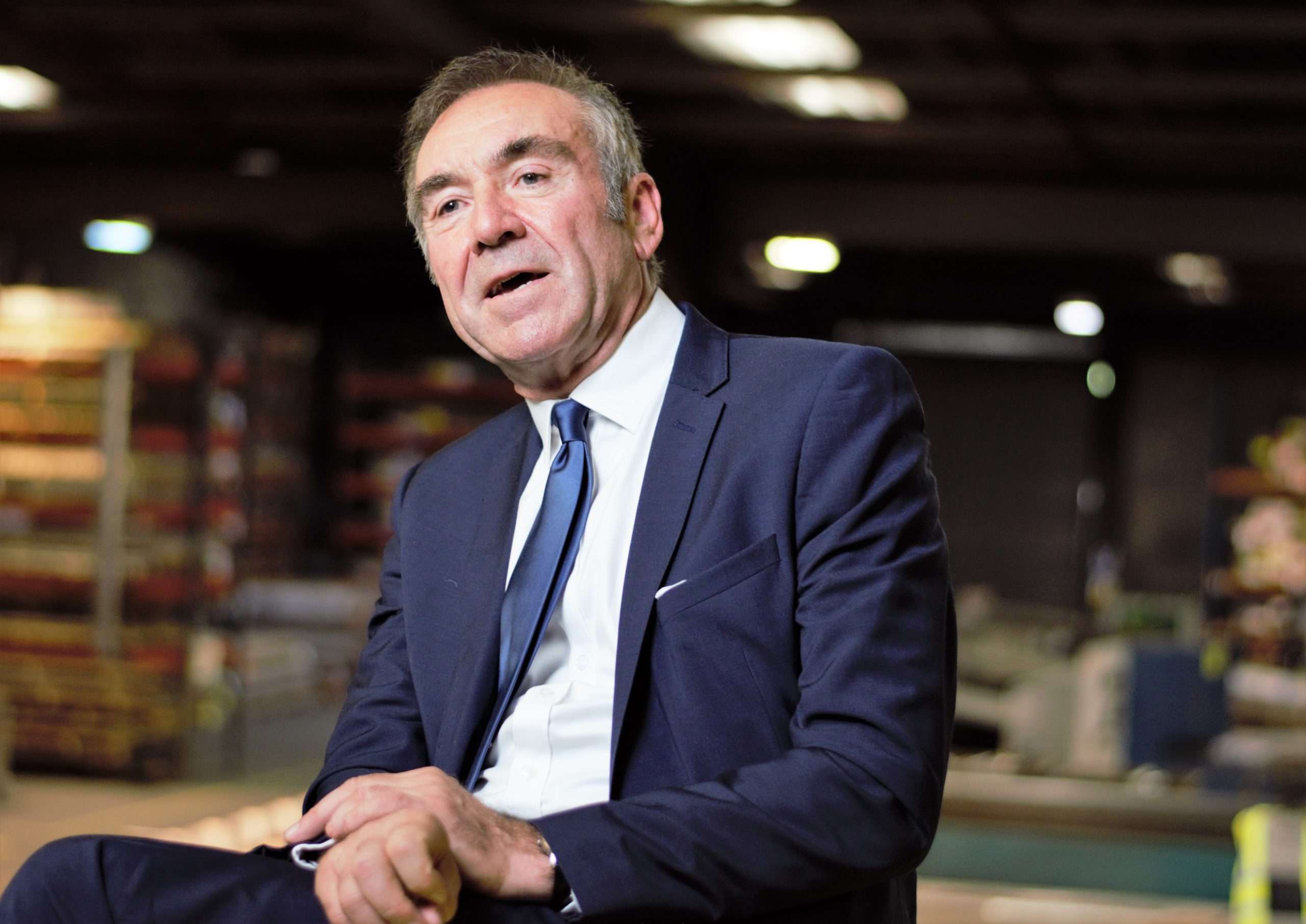 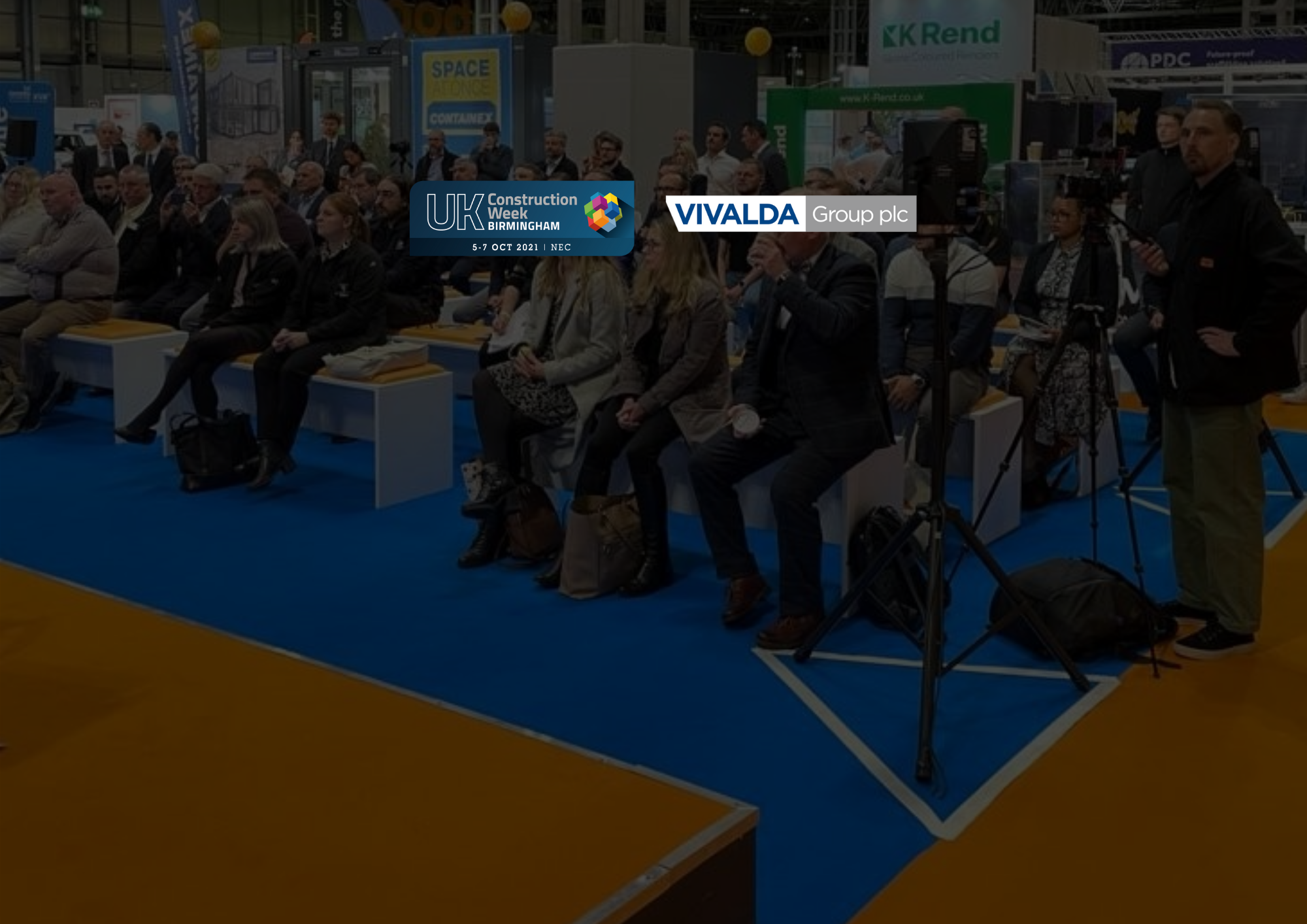 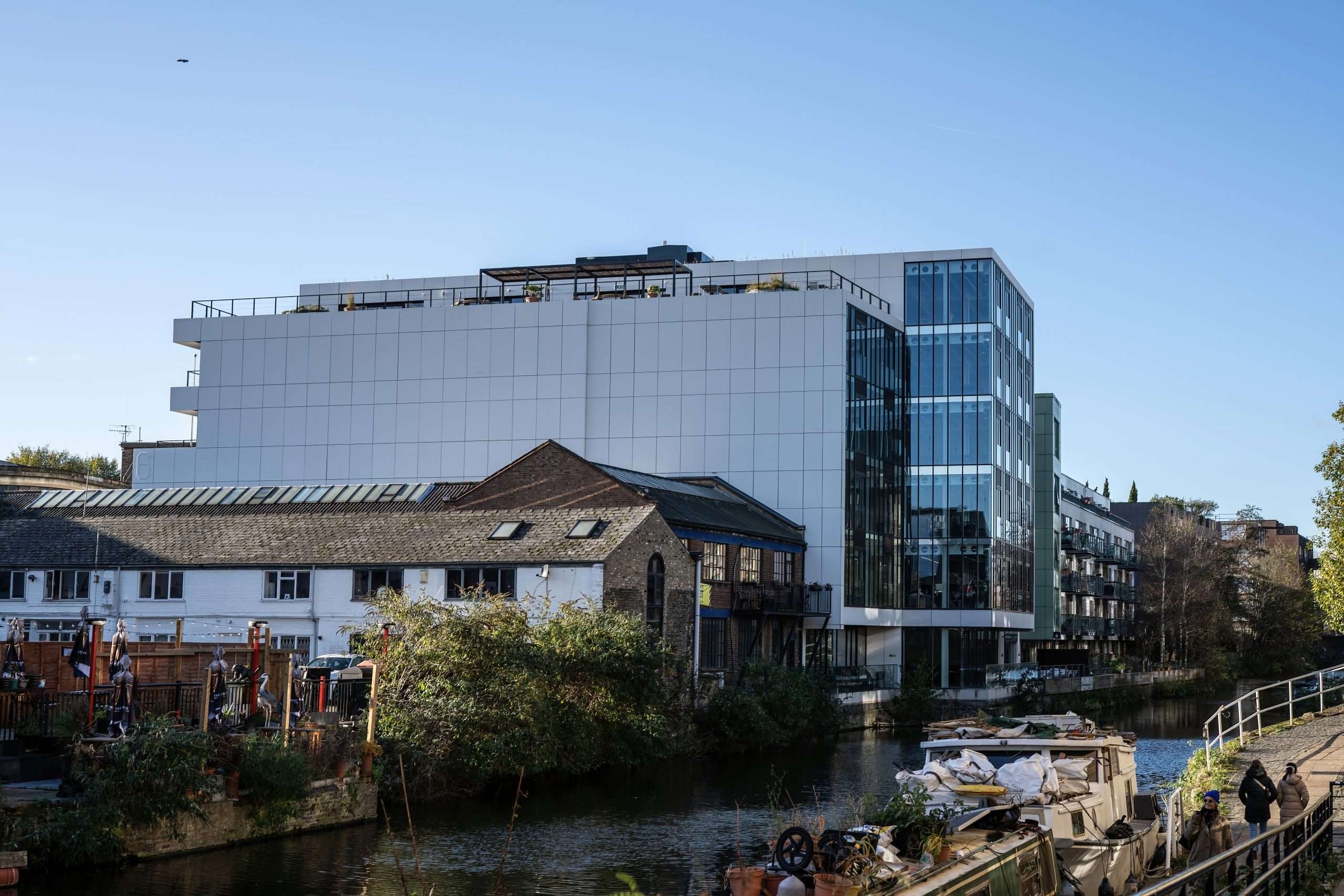